Romero Lives! was a coalition of 30+ Pittsburgh organizations that formed spontaneously in response to George A. Romero’s passing. The group’s intent was to honor his life and legacy in 2018 to recognize the 50th anniversary of the Night of the Living Dead’s world premiere, which happened in Pittsburgh on October 1, 1968. Romero Lives! has grown into an annual celebration of George’s impact on both horror and filmmaking in the the Pittsburgh region. 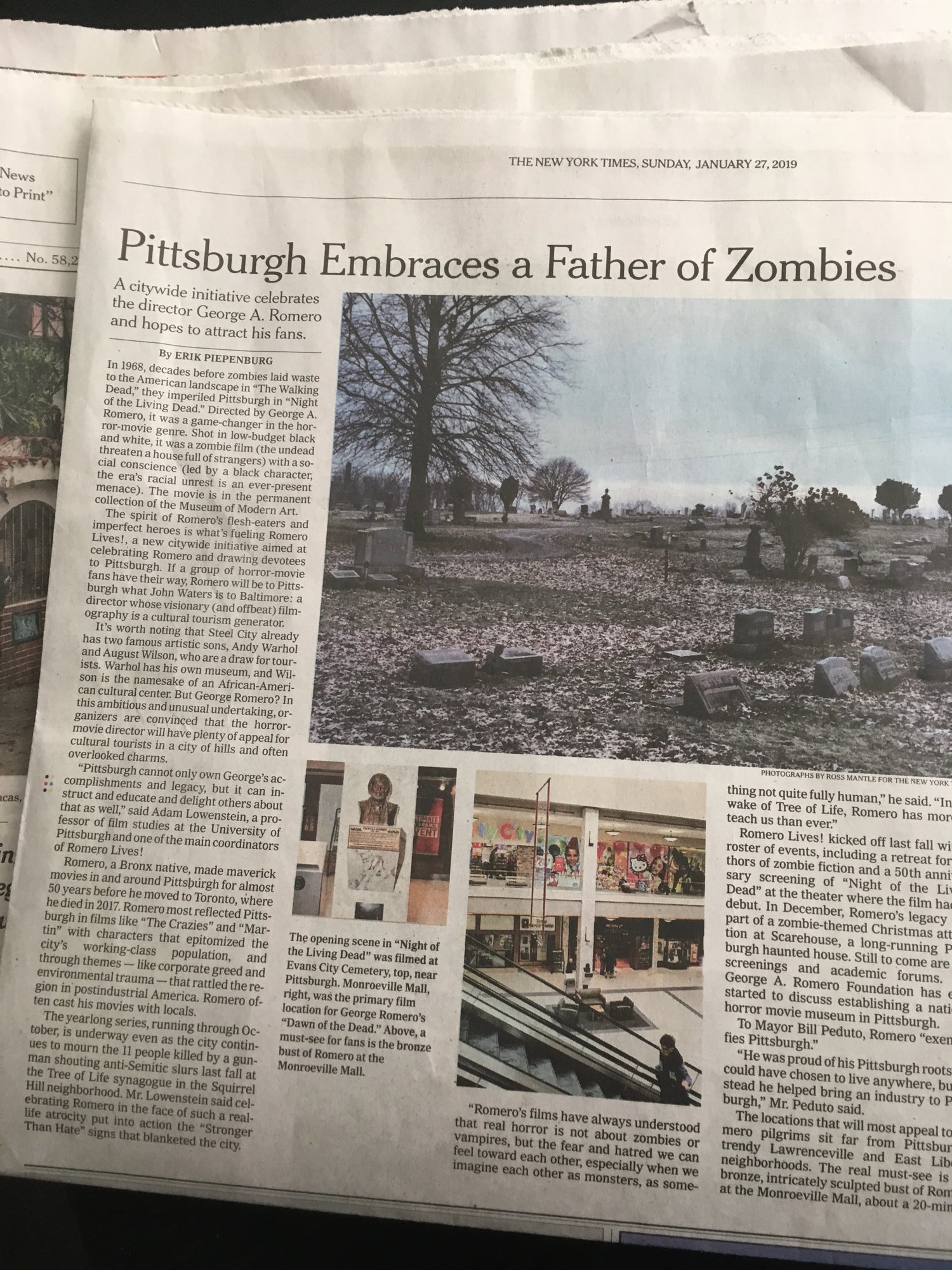 Romero Lives’ Steering Committee believes that the exciting events would engage families, movie fans, scholars, and draw visitors to the city. Romero Lives organizers’ goal was to highlight George’s impact on a wide range of fields and underline the strong ties he developed to Pittsburgh. Partners demonstrated Pittsburgh’s rich cultural resources and extensive connections to creative industries that cemented the city’s status as a cinematic capital.

Romero Lives’ partnering organizations hosted events including screenings, lectures, and festivities, bringing together creative personnel from George’s past productions, and those inspired by his work, with the goal of making Pittsburgh the premiere destination for appreciating the horror’s wide-ranging impact on American popular culture. It's cornerstone event was the 50th Anniversary Screening of Night of the Living Dead, George's seminal film. The coalition reflected the breadth of that impact; Romero Lives! partners included academia, art, culture, historical, as well as movie theaters and small businesses. 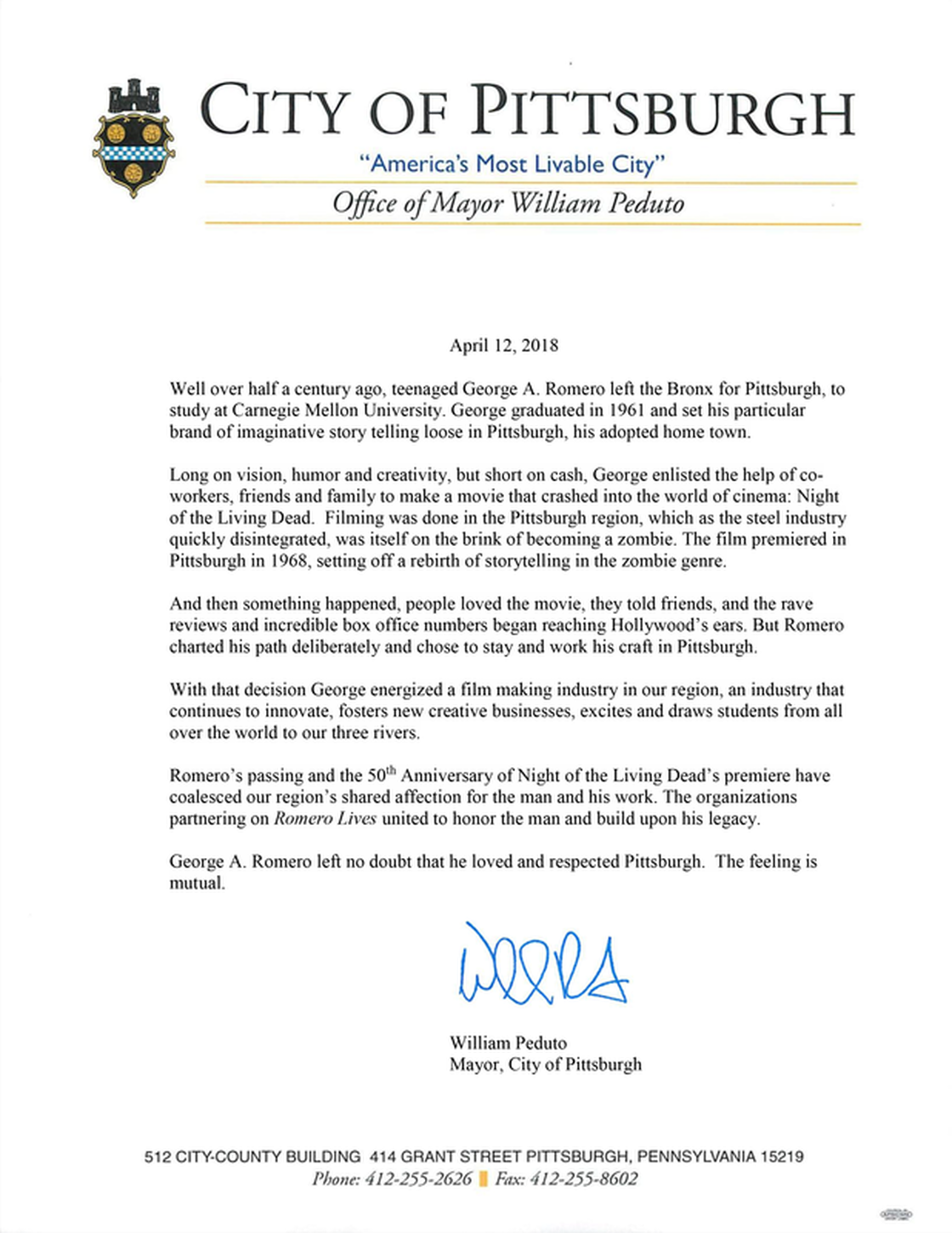