BACK TO ALL EVENTS﻿ 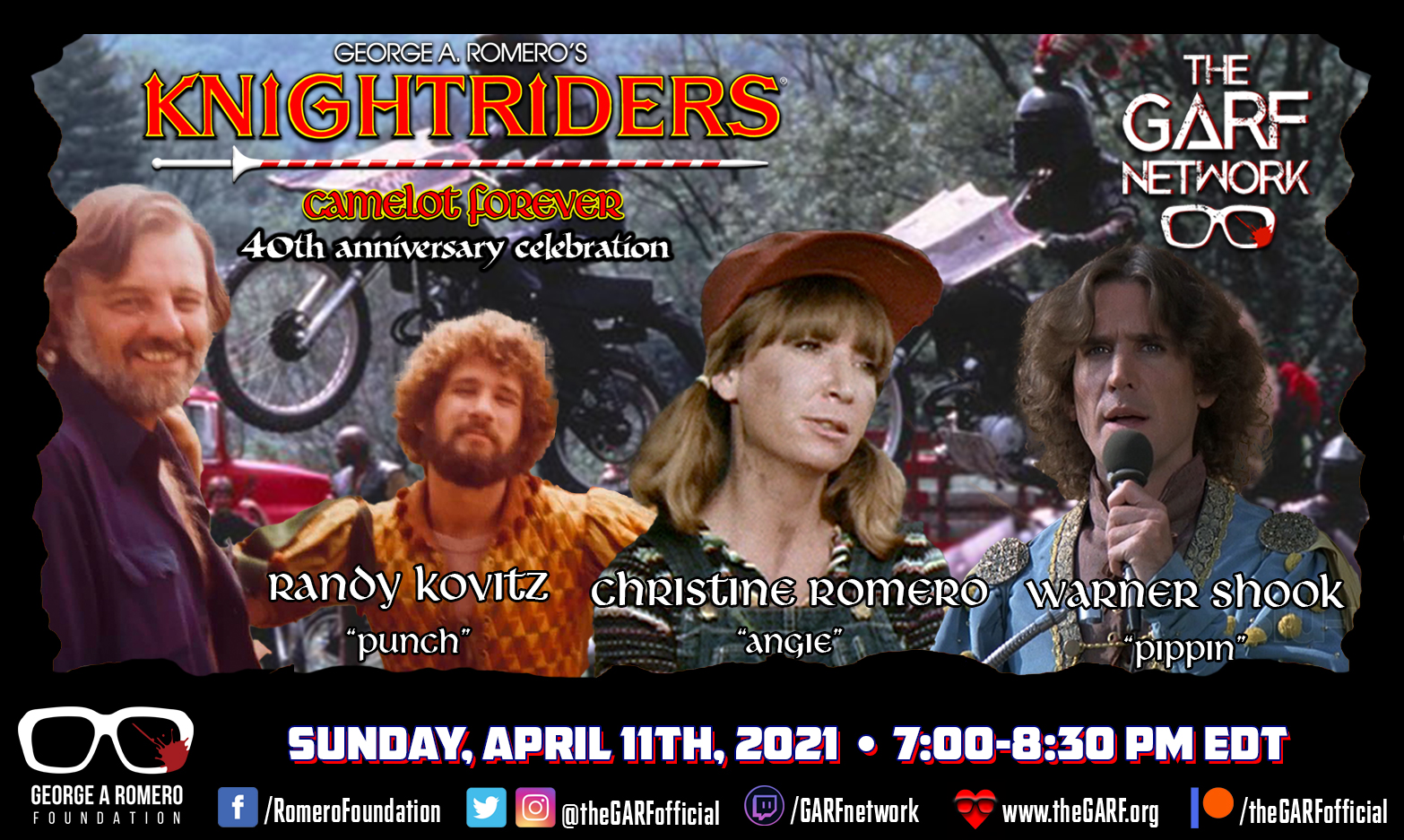 Join the George A. Romero Foundation for a blast to the past on April 11 at 7 PM EST to celebrate the 40th anniversary of Knightriders, with the filmic spirit of motorcycle-riding knights and an old code of honor.

GARF Network hosts Matt Blazi and Eric Kent welcome our first round of guests – Christine Romero (“Angie”), Randy Kovitz (“Punch”), and Warner Shook (“Pippin”) – to share their recollections of the shoot and discuss what made the film so unique. KNIGHTRIDERS, released on April 10th, 1981, is a departure from George’s well-trodden path into the land of the living dead:

Billy, a.k.a. King William (Ed Harris) leads a Camelot-themed troupe of bikers who perform motorcycle-mounted jousting tournaments to support their tiny society, which is governed by a chivalric code of ethics.

Billy’s idealistic creation faces mounting commercial pressure as the popularity of their unique show grows. But it’s not entertainment to Billy, who lives his ideals in deadly earnest, and he struggles to keep the troupe together. Peace cannot reign in the land forever: Morgan (Tom Savini), leader of his own contingent of knights, defects in favor of fame and fortune...and ultimately challenges Billy for the Crown itself.

Our celebration of the KNIGHTRIDERS 40th anniversary is FREE to attend! Keep an eye on our Facebook page for more information.